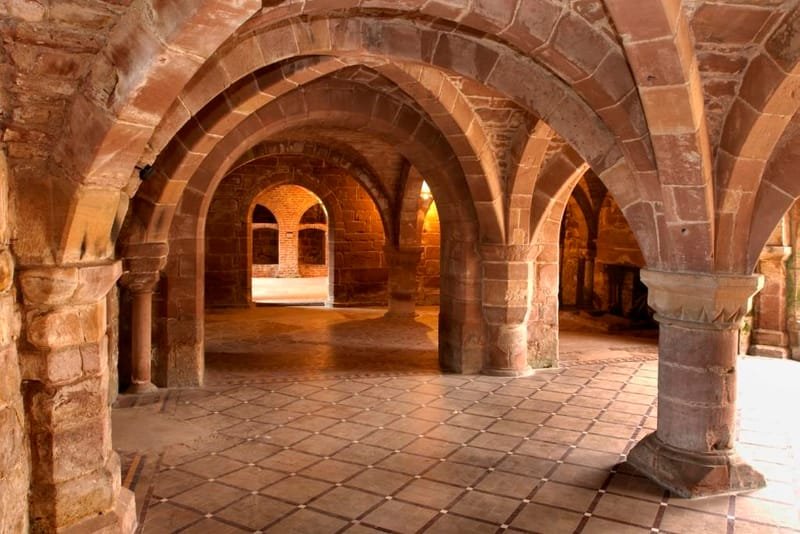 Norton Priory is the most excavated monastic site in Europe. Its museum opened in August 2016 following a major HLF funded redevelopment project and displays thousands of objects from Tudor shoes to the incredible medieval statue of St Christopher. Visitors can explore the 12th century undercroft building and priory ruins, or venture further into the surrounding woodland to discover secret summer houses and stream glades.

The beautiful 2.5 acre Georgian walled garden is a hidden gem with fruit trees, herb garden and rose walk. Home to the National Collection of Quince, it is surrounded by a pear orchard, wildflower meadow and woodland.

Most of the site is wheelchair friendly although the ruins are difficult to navigate and the paths in the Walled Garden are not paved. There is blue badge parking in the museum carpark and limited spaces at the Walled Garden in front of the gardener's cottage and entrance.

The Brooke café at the museum is open during the same hours as the museum and serves hot meals and a full range of sandwiches, soups, home-made cake, teas and coffees. It also serves the famous Norton Priory brewery ale and Norton Priory ice-cream.

The tea rooms at the Walled Garden are open from 12pm until 4pm everyday between April through October and serves teas, coffees and home-made cakes.

Please note that the Walled Garden is open 12pm - 4pm April to October and is closed from November through March.